In Loving Memory of Marion Hallum 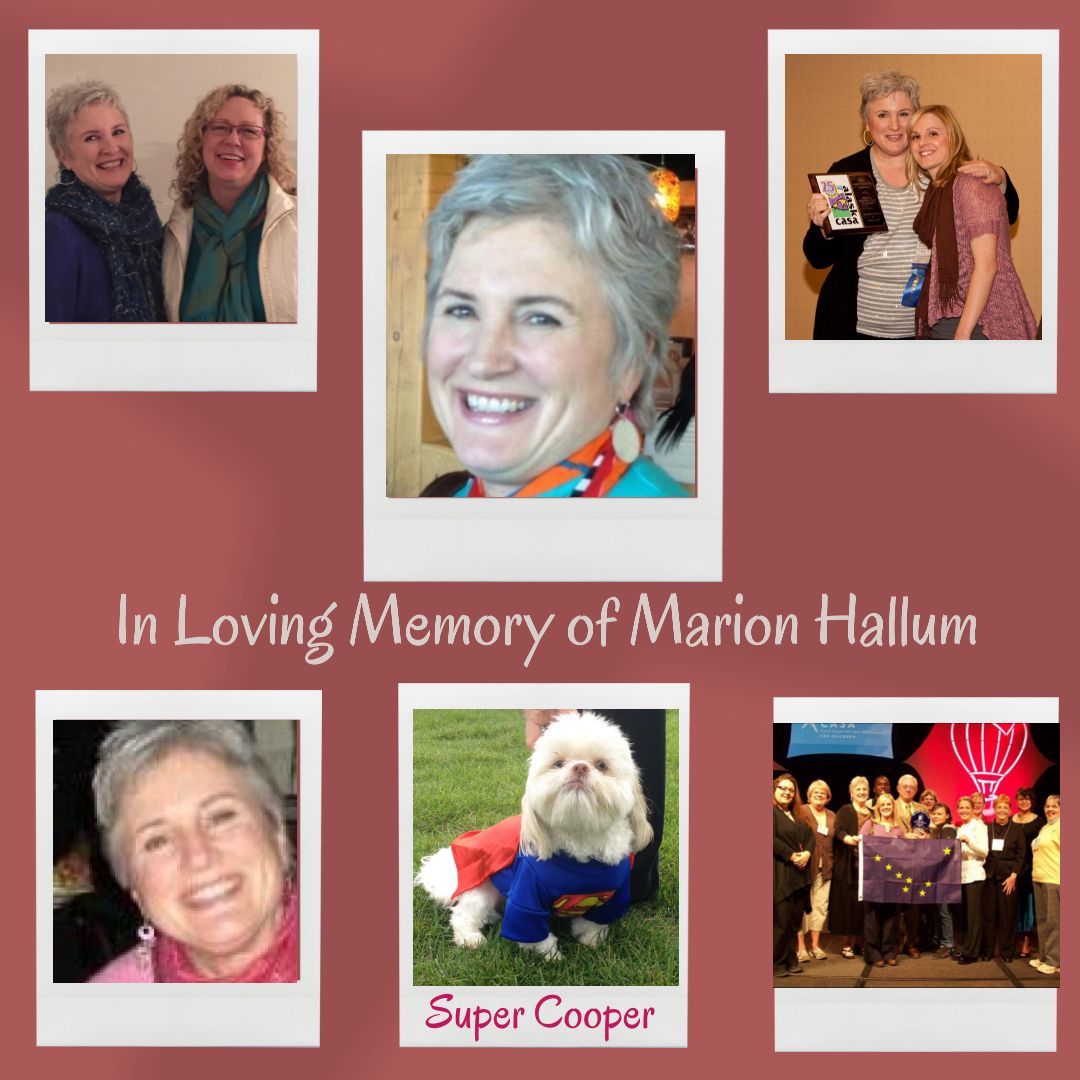 It is with our deepest sorrow and regret to inform everyone of Marion Hallum's passing.

Marion was one of the biggest champions of the Alaska CASA program and supporting children and youth in foster care. She had over thirty years of experience working in programs serving children and families. Marion started her career as an early childhood educator in California.  She arrived in Alaska in 1992 wanting to continue her work with children and families and began as a CASA volunteer.  She became a staff Guardian ad Litem in the Anchorage Child Advocacy section and continued her passion by also joining the CASA program as a staff member.   Marion was passionate about the CASA program.  She spent 10 years as the Training Coordinator for Alaska CASA, providing pre-service training for hundreds of volunteers throughout the state, before becoming the State Director in 2006.

Marion’s service for CASA made a huge impact not only on Alaska CASA but also with the National CASA/GAL Association.  She was on numerous committees with National CASA, including the National CASA curriculum committee.  Marion supported foster youth not only as both a GAL and the State Director of Alaska CASA but also through her involvement with Facing Foster Care of Alaska (FFCA) as a board member.  She additionally served on the Alaska Court Improvement Project's CINA committee and participated in the Alaska Tribal-State Collaboration Group.  Marion retired in 2016 moving back to Solvang, California where she grew up. She loved CASA and stayed a true advocate for youth far beyond her career.

Marion led a busy and adventure-filled life. She had an undergraduate degree from the University of Southern California and a Master of Arts in Education from the University of California Santa Barbara. She was a member of the USC marching band which was featured in the legendary Fleetwood Mac music video "Tusk." (View music video here) She absolutely loved taking pictures of wildlife and scenery and her greatest joy was her dog "Super" Cooper. She was a fighter like no other – battling cancer several times.

On June 24, 2021, Marion passed away at her home in Solvang surrounded by friends and her beloved Cooper. We will always carry the memory of Marion in our hearts and the results of her work and advocacy will live on forever.